SpaceX is doing a thing!

Update 03/31/2017: They did it! Reusable rockets are real! What’s next? 100-fold reduction in the cost of space access? 24 hour turnaround between launches? It’s possible. This mission gives me hope that big things are coming our way. You can watch the historic SES-10 launch and landing here.

This Thursday (03/30/2017), SpaceX is going to attempt to re-launch the first stage of a Falcon 9 rocket they launched into orbit last year and recovered via controlled landing. This is a big deal. It’s the first time anything like this has ever been attempted. If they’re successful, it’s an event our children’s children’s children might one day study in science class.

History in the making stuff.

A brief history of rocket landings

Back in December 2015, SpaceX loaded a Falcon 9 rocket with satellites, launched it into orbital flight, and then safely landed the first stage booster back on solid ground. Upright. A 230 foot tall rocket that had been traveling somewhere around 3700 mph.

It had never been done before. A lot of people, a lot of experts, were skeptical such a landing was even possible. But SpaceX did it. They did the impossible, and they nudged the limits of space exploration forward.

You can watch that first landing here. And here’s the full 45 minute webcast from that night if you want all the details. (The landing happens shortly after the 31:30 mark.) It’s a powerful moment. Even today, more than a year removed, watching these videos again, I still feel it. A pounding in my chest. A shortness of breath. Excitement, fear, joy. Hope for what comes next.

That moment when the smoke cleared and the Falcon 9 remained upright, silhouetted against the stars it just flew among, was the moment an entire generation of aerospace engineers was born. I truly believe that.

Of course I still love you

And then four months later, in April 2016, SpaceX did the impossible again. (Landing happens around the 26:31 mark.)

Again they loaded a Falcon 9 rocket with a commercial payload. Again they launched it into orbit. And again they safely landed the first stage booster back on Earth. Upright. But they didn’t land it on solid ground this time. They landed it on a drone ship out at sea rocking in the ocean waves.

This is the rocket they want to shoot back into orbit on Thursday. 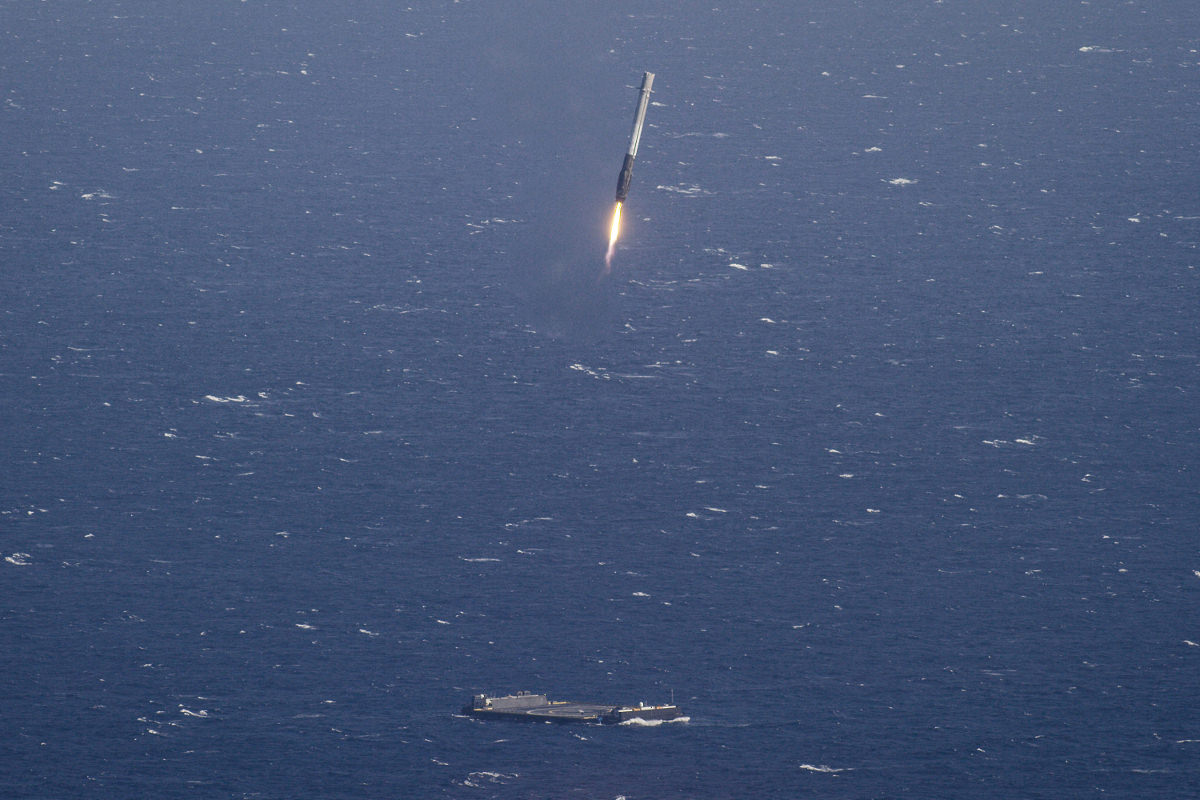 In many ways, this landing was more complicated than the first. The landing pad, once stationary, was now a moving and less stable target. On land, you can guarantee that a level landing platform greets your rocket. At sea, the level changes with the ocean, which means more variables, more unknowns, and less margin of error.

Undoubtedly though, this drone ship landing, their second landing, was far more important than their first.

A game of mass and velocity

To reach orbit, you need altitude, but you also need horizontal velocity. A lot of it. Things in orbit around Earth aren’t just floating up there. The opposite actually–they’re constantly falling. Earth’s gravity still tugs at the heels of satellites, but they’re moving so fast sideways that as gravity pulls them back toward the ground, they travel enough distance that the ground literally curves away beneath them. They fall forever because they keep moving past the only thing (Earth) that could stop their fall.

It takes a lot of thrust to push something high enough and fast enough for this equation to work. According to SpaceX’s own website, a Falcon 9 rocket weighs approximately 1,207,000 lb at liftoff and can carry a payload of 18,300 lb into geostationary transfer orbit, which means it takes 66 lb of stuff (mostly fuel) to shoot 1lb of stuff into space. Every ounce matters. 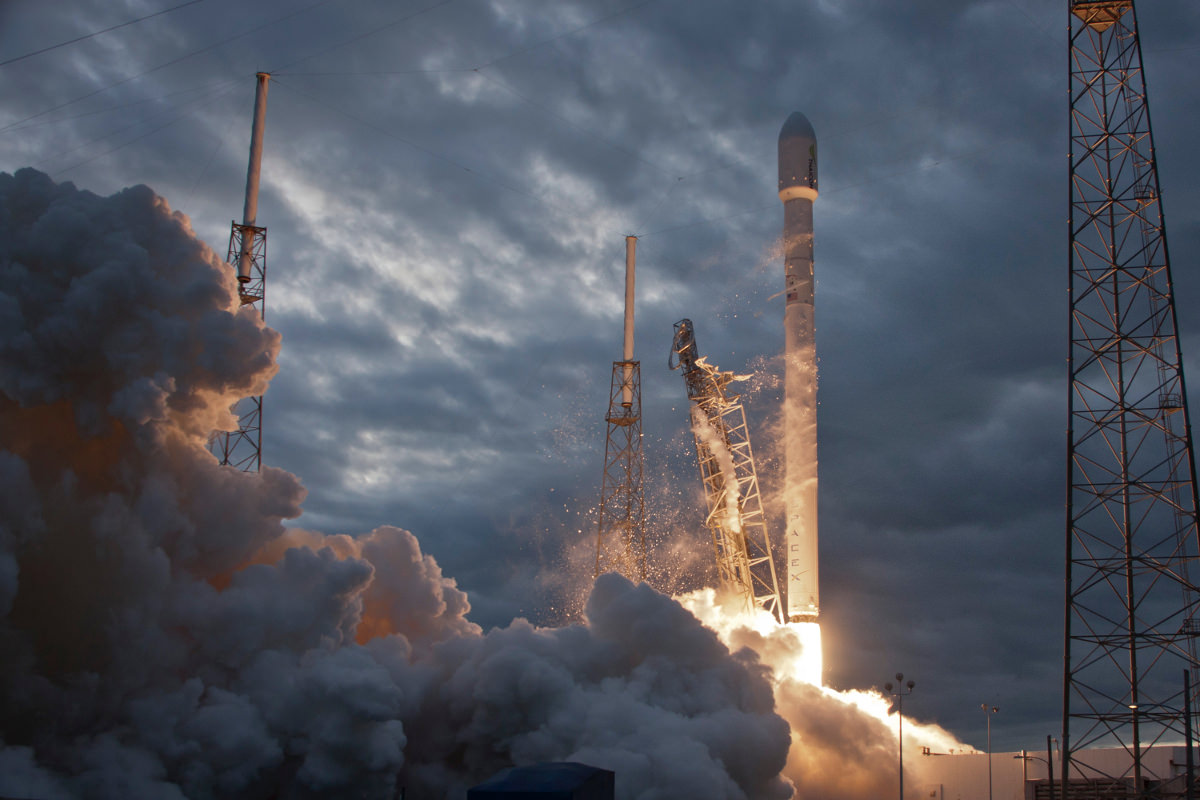 To land a rocket upright requires a controlled burn of fuel to slow and guide the rocket’s descent back to Earth. This is fuel that needs to be carried into space but that can’t be used to generate any of the thrust required to get there. It’s fuel reserved exclusively for the landing, which means it’s added weight that eats into either: A) The maximum possible weight of any payload, or B) The maximum possible velocity of the rocket.

To land on solid ground, after the second stage separates, the first stage needs to flip itself around and travel back to the launch site, retreading all the horizontal distance it just covered. Alternatively, to land a rocket in the ocean, after stage separation, the first stage can more or less ride its current trajectory back to Earth’s surface to meet the landing drone at sea.

This is why water landings are so important: They require less fuel than ground landings. Without water landings, it would be impossible to safely recover rockets sent on high velocity missions (necessary for geostationary orbit, as opposed to low orbit missions that service the space station), which account for nearly 60% of SpaceX’s current commercial efforts.

But why does any of this matter?

It matters because space travel is expensive, and no matter how advanced our technology gets, humans will never become an interplanetary species if the per person cost of exploring space remains prohibitively high.

But planes aren’t made to fly just once. They’re built to be reused, which is why it doesn’t cost as much as a house to fly from Colorado to California.

Like the 737 that charges $250,000 per ticket though, almost every rocket to date has been a one-off construction project. Rocket reuse is hard because most successful launches end with the rockets in the ocean, and minutes spent submerged in salt water wreak havoc on the sensitive hardware. Parts can be refurbished in these cases, but the cost to do so is high.

Controlled landings like the ones SpaceX demonstrated last year could change everything.

The thinking is that a rocket landed gently and precisely can be made flight ready again with minimal refurbishment costs. Far less than the cost of a brand new rocket. Which means the business of rockets could start to resemble that of commercial airliners–build once, fly many missions over many years for cheap (relatively speaking).

Thursday’s launch is the first true test of this theory. 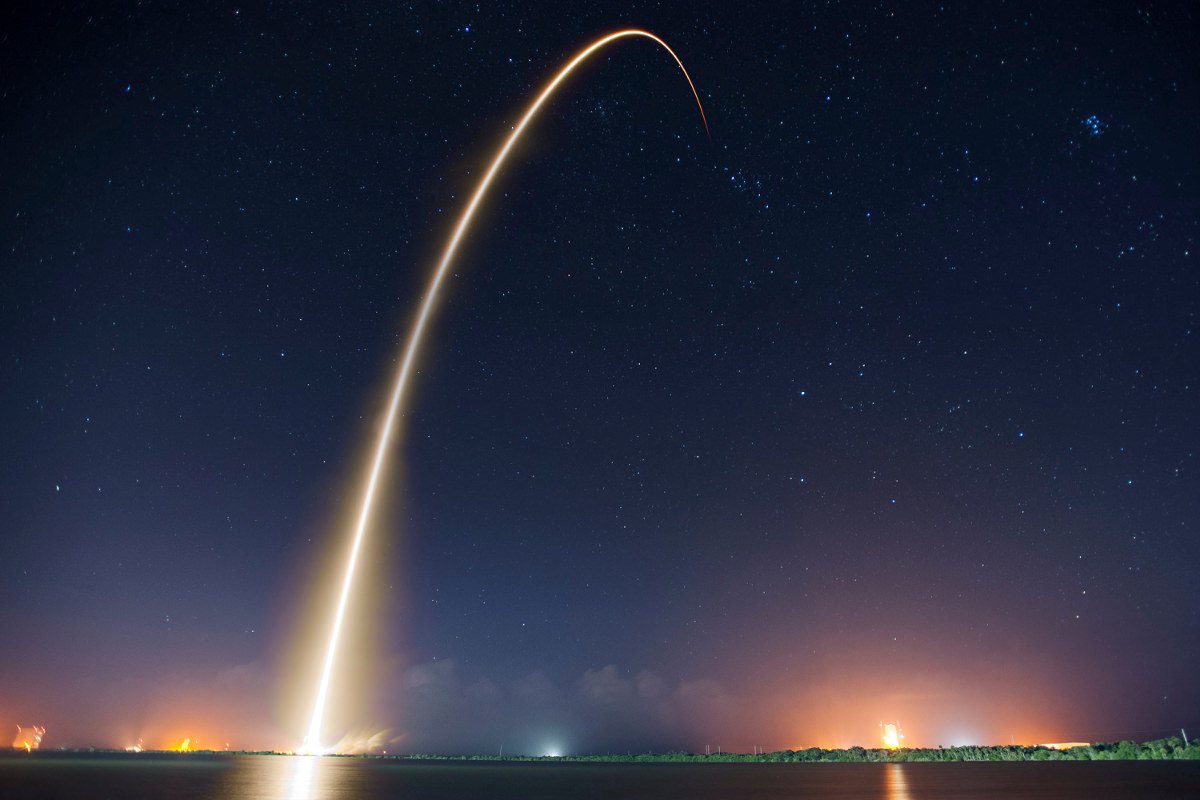 Anyway, if you’re looking for reasons to feel inspired this week, this is a good one I think.

Good luck SES-10! I’ll see you on the other side of history!